Some of you know that I spend a fair amount of time in the saddle riding my bike (kind of an understatement actually). When you spend as much time on your bike as I do, you get to know the things that work and those that don’t. Whether you know it or not, when you do bikepack racing, your fit and points of contact can make or break your race for you. Given all the outside forces fighting you (weather, health, food & water, injury, etc.) you need to have your fit and contact points down to the “T”.

Now, when I did the Tour Divide, I used my beloved Brooks Swift Ti and I honestly, never had an issue. For whatever reason, when I did the Grenzstein Trophy this past summer, I chose to tempt fate and not change my saddle. It could have been something that might have sent a few people home. Luckily, I found a way to get through it. The saddle that I was running at the time was a Fizik Tundra version 1. There’s now a Tundra2. Like anything, the first version is going to have ‘issues’. For me everything was great until I’d been in the saddle over 3 hours, continuously. It was at that point that the rear edges of the saddle started to feel like dull knives cutting into the inside of my legs/butt. Even my mix of Chamois Butt’r and A+D Oitment couldn’t make the pain diminish. Eventually, I fought my way through it and made it to the end. That was probably partially due to the fact that I was pissed off about my gross navigational error from Day 2. The other motivating factor is because it wasn’t numbness which would have concerned me more. It also helped to keep me awake and alert on the bike.

Yup… that’s a lot of info. Well, with ’14 plans in the work, I have started to work on some of the things that I can more easily control. My saddle and equipment are just those things. First is the saddle. I wanted a new Brooks but the Swift Ti has been out of stock for quite awhile now and it’s about 230 Euros. Since I actually like the shape and length of the Tundra saddles I thought I’d take a chance on the updated version as I heard it’s a bit more flexible and works better than the Tundra1.

The reason I’m making all these changes is because of the Highland Trail 550.

Next will be the beginning of the change-over of my lighting system. Following that will probably be my sleeping situation (tent/tarp/bivy and/or sleeping bag vs. quilt). Exciting eh?

The next task is to make or find time to go out for a ride over 3 hours to test out the new saddle. Since the snow has begun to fall occasionally, it’s going to continue to get more difficult but I’ll make it happen somehow.

Oh… we started spin class at our fitness center (37 Grad Celsius) last Sunday. He’s a quick shot of us in class.

Have a great weekend and get outside! 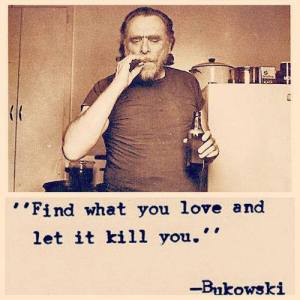 Subscribe to What the hell are they doing now? by Email

What the hell are they doing now?

At your own risk!